Some of the sharpest young scientists in Suffolk joined forces with the brightest minds in the world during the annual UK-Japan Young Scientists’ Workshop.

Abbeygate Sixth Form College students from Bury St Edmunds were the only college in the region to be involved in the week-long event - researching with scientists from Cambridge, Kyoto and Tohoku Universities.  The workshop was created by the Clifton Scientific Trust 20 years ago, which this year was held online for the first time since 2001.

Groups looked at what we can learn about climate change from the asteroid impact that changed the world millions of years ago,  the potential of nuclear energy to mitigate climate change, how to handle big data to address modern issues and emergency planning for tsunamis and earthquakes. A final project saw the creation of podcast that reflected on the week, which is available to listen to now on the BBC Naked Scientists website (www.thenakedscientists.com).

As well as Abbeygate, UK students from Esher, Bristol, Hertford and Dorchester took part as well as from Kyoto, Fukushima, Iwaki and Sendai in Japan. Hardye HH

Dr Eric Albone, the Director of Clifton Scientific Trust, said: “This is the first time in 20 years that the virus has made it necessary to run the UK-Japan Young Scientist Workshop Programme online, and I am amazed how much school students from both countries have achieved working directly with scientists in British and Japanese universities.  I am sure it will be a turning point in their young lives and we are very proud of them.”

Director of Partnerships at Abbeygate Sixth Form, Nadine Payne, said: “This is a very prestigious event that happens every year and we were thrilled to be involved. It has given our students confidence in collaborating with others and has opened their eyes to a variety of different scientific aspects that they had previously never encountered.”

She added, “We would like to thank Ian Price and Mary Grace-Browning from County Upper School who helped provide technical support that allowed us to communicate to all participants across several time zones.” 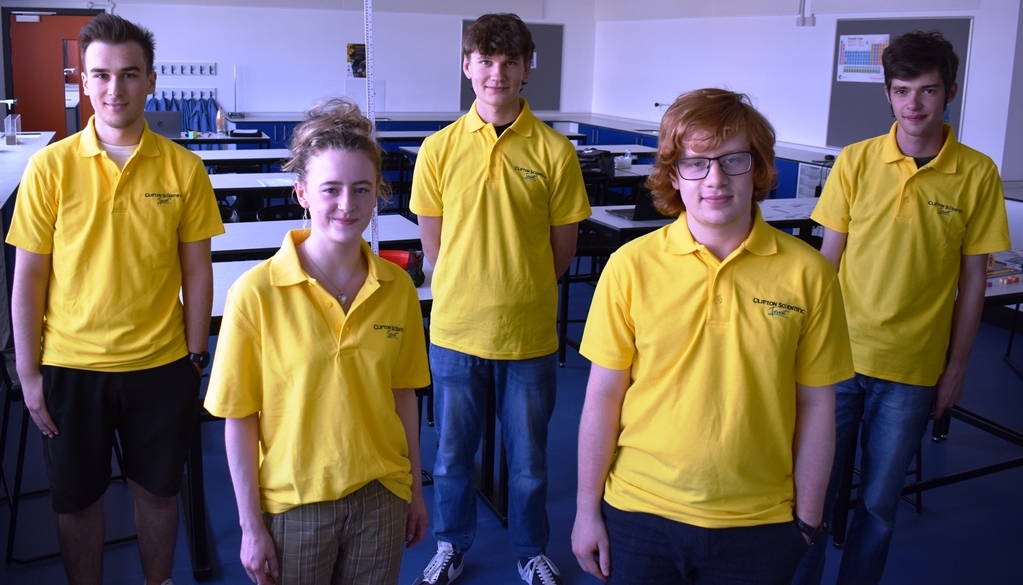